Carp with a Bat 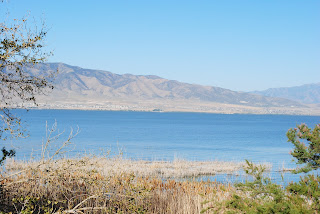 Utah Lake is an extremely prominent feature of Utah County.  When the pioneers came into this valley Utah Lake was a pretty, fresh water, clean lake that was filled with fish that were tapped into as a resource to help provide food for the new settlers.  There were thousands of pounds of fish taken out of Utah Lake in the yesteryears. 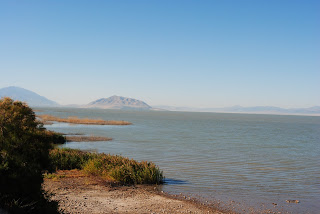 Over the years with the addition of mud, waste and pollution Utah Lake lost a good deal of its pristine beauty.  Somewhere along this process someone introduced carp into the lake.  They are not a native species but they thrived and grew into the millions.

I have many memories of going to Utah Lake during the spawning season and the carp would be all over in the rushes around the edges of the lake.  They would also be in the rivers feeding the lake and sometime so thick you could almost walk across on their backs.

Utah Lake is pretty consistent in the level that is maintained in the lake.  There has been a time or two, though, when the level dropped very low and also the opposite has happened and the level of the lake has risen sometimes to overflowing.

Read more »
Posted by Harland W Larson at 9:11 AM No comments: